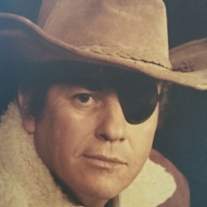 Benavidez, Tom R.
Senator and The Most Excellent Sir Tom R. Benavidez a lifelong resident of the south valley in Albuquerque, NM, passed away on April 16, 2016. He attended and graduated from Albuquerque High and went on to University of Albuquerque formerly known as St. Joseph's on the Rio Grande. Tom was a justice of the peace at the age of 20 in 1959-1960. He served as New Mexico State Senator from 1966-1970 and again from 1984-1996. Tom was the first Honorary Counsel of Spain in 1997. He was a member of the Holy Knights of the Sepulcher and Knights of Columbus (4th degree). Tom was knighted into the order of the King Alfonso X by King Juan Carlos of Spain in 1993 where he bestowed the name The Most Excellent Sir Tom R. Benavidez. He was in the Who's Who American Universities and Colleges through 1961-1962, Who's Who in the west 1969 and the Hispanic Who's Who in the U.S. in 1983. Tom was an amazing husband, father, and grandpa. Tom was interested in mining, prospecting and genealogy. He traced back the Benavidez family history to 1125. He liked to collect trees and plants from all over the country and abroad.
He is preceded in death by his parents, Juan and Neph P. Benavidez; wife, Kathleen; sons, David R. and Michael M. Benavidez; grandchildren baby Tomas R. and Hope Benavidez and one brother Ruben Benavidez.
He is survived by his sons Tomas R. Benavidez (Melissa), Michael R. Benavidez; granddaughters Danielle Sifuentes (Juan), Vickie, Justeen, Alex Marissa, Megan, Zaylee Benavidez, Evan Ludi; great grandsons, Michael-Rey and Lawerence Benavidez; great granddaughters Blue and Journey Sifuentes and many other beloved brothers, sisters and friends.
A Rosary will be recited on Thursday, April 21, 2016 at 9:30 a.m. followed by a Mass at 10:00 a.m. at St. Edwin's, 2105 Barcelona Rd. SW. Interment to follow at Polvadera Cemetery. Pallbearers will be Anthony Benavidez, Shane Lukesh, Richard Mirable, Albert Benavidez, Paul Anthony Chavez, Juan Sifuentes and Benjie Gonzales. To view information or leave a condolence, please visit www.danielsfuneral.com
Garcia Mortuary
717 Stover Ave. SW
Albuquerque, NM 87102
505-243-5222

To order memorial trees or send flowers to the family in memory of Thomas Benavidez, please visit our flower store.