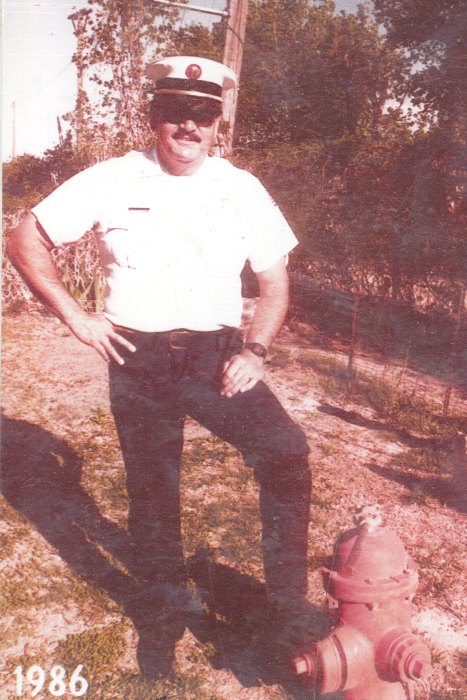 Richard "Dickie Pops"' Sanchez was a 25 yr. member of the Albq. Fire Dept.  He had attained  the rank of Captain.  He was a pioneer of establishing and implementing the first Fire Rescue unit for the Albuquerque Fire Dept. in the late 1970s  It was while he was with the Rescue he met his wife, Karen, who was working with Albuquerque Ambulance Service.

"Dickie Pops" was a nickname he earned because he drank a lot of sodas.  He was well-liked and respected by his colleagues and co-workers, doctors, nurses, fellow fire-fighters and others with whom he worked. He loved, and was proud, to be a member of the AFD.  "RL" enjoyed pitching in the fire department softball team,  could often be found on a golf course in summer or a ski slope in winter!  During the school years 2002-2006,  he attended every Del Norte HS basketball game to watch grandson, Mario Caetano, play.

Richard is survived by his wife, Karen Sanchez, RN  who cared for him the last 3 yrs of life.  Dick was a victim of Alzheimers.  Also, surviving Dick is sister Regina "Bunny" O'Brien,  6 adult children, numerous grandchildren and  3 great grandchildren, Juelz' , Makai and James.

He never raised his voice to anyone.  He will be missed by everyone who knew him, including his beloved Doberman, "Rebel."

To order memorial trees or send flowers to the family in memory of Richard Sanchez, please visit our flower store.