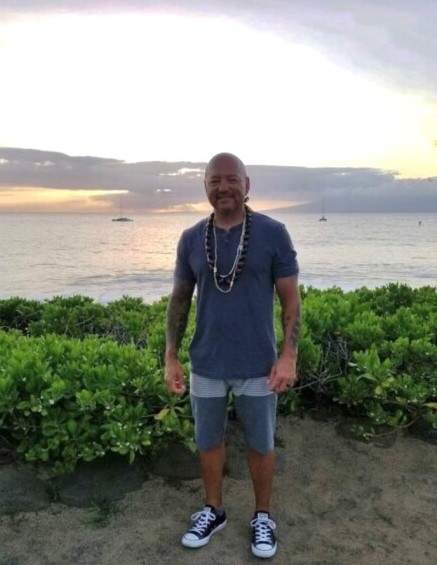 Lujan, Gilbert Edward
Age 54, passed away Saturday, November 21, 2020. Gilbert was born in Albuquerque, NM on August 7, 1966. He was an avid athlete who enjoyed playing and watching many sports, but his favorite was playing golf every week with his brother Robert. Gilbert loved the outdoors and enjoyed camping and fishing with his family. He truly loved to be home, he loved to sing and dance, but most importantly he loved to sing to his wife Veronica who was his biggest fan. He always enjoyed gatherings at his home with all of his family and friends and was always a gracious host. He enjoyed weekend motorcycle rides with his wife, and his brother Roy Jr. and wife. He spoke with his mother, Mrs. Bertha Lujan every single day and always made sure she knew how important she and his father Roy Sr. were to him. Gilbert was an amazing husband, father, grandfather, brother and son. He was a loyal and loving man to all of his family and friends. His love will live in our hearts forever. Gilbert was a public servant his entire adult life. He joined the military in 1984 when he was 18 years old and served in both the Air Force and Army for a total of 8 years. He joined the Albuquerque Police Department in 1989 where he served the citizens of Albuquerque until his retirement in 2009. Gilbert’s retirement was short lived and he quickly went back to work serving his community when he joined The University of New Mexico Police Department in 2010. Gilbert was currently serving with UNMPD as a Sergeant and worked his final shift the day before his passing on Friday, November 20, 2020. He was the true definition of a leader and was well respected by his peers. Gilbert is survived by wife, Veronica Lujan; parents, Roy and Bertha Lujan; children, Eugene Lujan and wife, Victoria, Gilbert Lujan Jr., Damian Lujan and wife, Natalie, Xavier Lujan, Matthew Lujan; three grandchildren, Noelle Lujan, Liliana Lujan and Colette Lujan; two brothers Robert Lujan and wife Julie, Roy Lujan Jr. and wife, Angel.
A Visitation will be held on Saturday, December 5, 2020 from 10:30-11:00 am at Calvary Chapel of Albuquerque, 4001 Osuna Rd. NE, with a Prayer service to follow at 11:00 am.
To view information or leave a condolence please visit www.garciamortuary.com
Garcia Mortuary
717 Stover Ave. SW
Albuquerque, NM 87102
505-243-5222

To order memorial trees or send flowers to the family in memory of Gilbert Lujan, please visit our flower store.