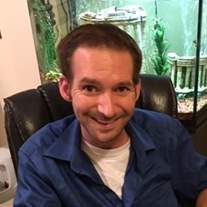 Smith, Christopher Jameson
Age 31, passed away May 24, 2017.  He was born in Big Stone Gap, VA on September 26, 1985, to Ronald and Mary Smith.  He graduated Rio Rancho High School in 2003 and enjoyed playing video games, listening to music and served as an Ambassador for the National Multiple Sclerosis Society.
Christopher is survived by his father and mother, Ronald and Mary Smith along with his two sisters, Terri Smith and Amanda Smith with Jimmy Metz,  as well as his nephew Brayden Bersosa.  He is also survived by his grandparents, Kenneth and Patricia Smith of Gate City, VA, and James and Fredia Rogers of Big Stone Gap, VA in addition to numerous extended family and friends.
A memorial service will be held on Friday, June 2, 2017 2:00pm, at Daniels Family Funeral Services in the Southern Chapel located at 2400 Southern Blvd. SE Rio Rancho, NM.
Chris was well loved, he will always be in our hearts and will be greatly missed.
In lieu of flowers, donations may be given in Christopher's honor to the National Multiple Sclerosis Society at nationalmssociety.org or by calling 800-344-4867.
To order memorial trees or send flowers to the family in memory of Chris Smith, please visit our flower store.