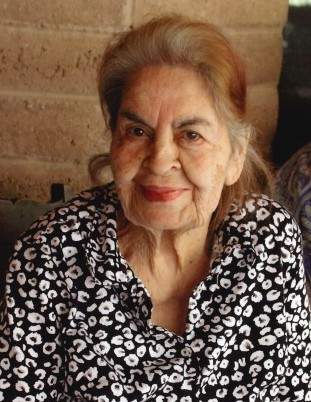 Aurora was born in Gallup, New Mexico. She was an avid traveler, visiting over 28 countries as well as many other destinations in the United States. She took well over 30 trips, Korea, Russia and Germany being a few of her favorites. She belonged to the Friendship Force, whose motto was "Peace Through Friendship," and to the Sister Cities Organization of Albuquerque where she took many trips to Albuquerque’s Sister Cities. Aurora and her husband loved adventure; they loved learning about other people’s cultures and making friends all over the world.

Aurora took pleasure in giving back to her community and spent much time and energy volunteering at several senior centers and as a Eucharistic minister. She was a bookkeeper for the Bank of Gallup and worked for the federal government at the Fort Wingate Army Depot outside of Gallup, New Mexico in the 1950’s. This is where she met the love of her life George H. Lucero. She also worked in sales for Avon and was a top saleswoman in the state for several years, winning many awards at the same time being a homemaker.

A staggered viewing will be held Tuesday, April 21, 2020, 10-11am at Garcia Mortuary-Chapel of The Angels, 611 8th street SW. Burial to follow at Mount Calvary at 12:30 pm, we invite you to watch from your vehicle. To view information please visit www.garciamortuary.com

Aurora’s daughters would like to thank the caregivers, staff, physical therapists, and activities department at The Rio at Las Estancias, "For the support and kindness with our Mother for the last two and a half years. We appreciate the compassionate care shown to us and our Mother during her last days." May God bless you and keep everyone safe.

To order memorial trees or send flowers to the family in memory of Aurora Lucero, please visit our flower store.